Sarasota has a vibrant live performance culture which I have found to be one of the main draws to the area for those who appreciate the arts.

It is home to several major theatres running shows in a multitude of genres. Virtually every type of performance is covered, from big concerts to intimate acoustic shows, ballet performances and opera showcases.

I try to attend as many of them as I can, especially the critically acclaimed shows that are often exclusive to Sarasota. Below is an overview of some of the top performances that are now showing or coming soon for the 2018-2019 season. 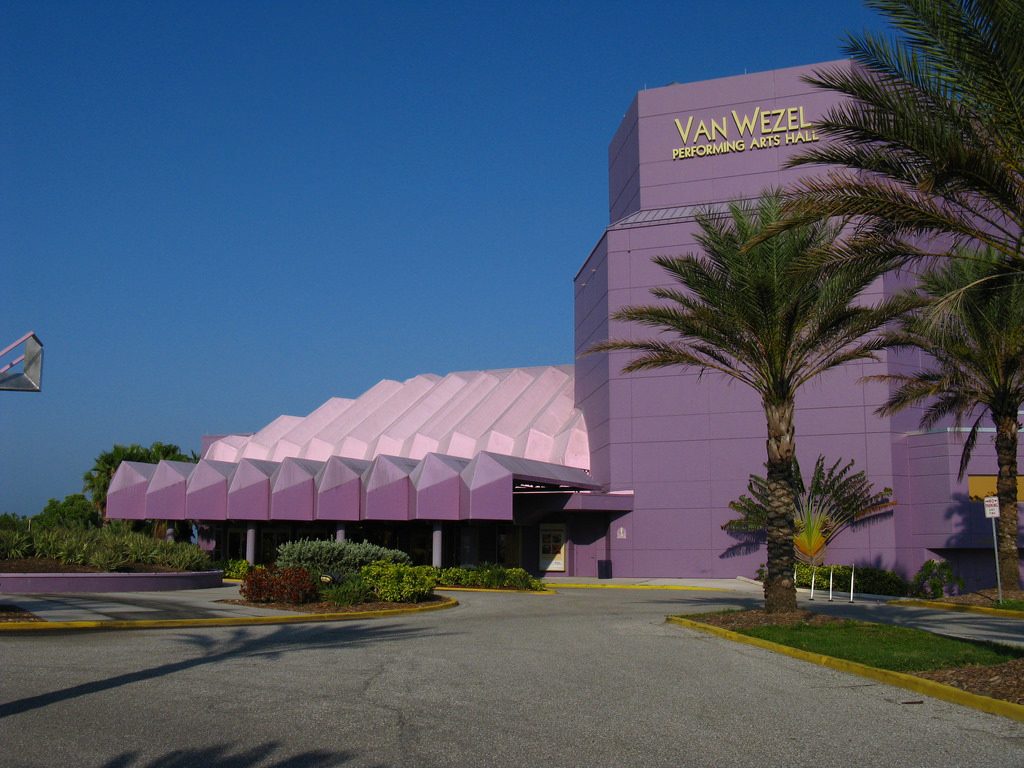 Concerts and Events at the Van Wezel Performing Arts Theatre

The line-up is impressively stacked for the season, offering a nice array of possible things to do. You can check out Abba: The Concert on April 18th or Let it Be, a fresh exploration of the famous Beatles album, on April 17th.

The illusionist, Rick Thomas, is performing Nothing Happens Until You Dream on Wednesday, April 4th. You can catch thrilling musical acts, such as The Jersey Boys on April 10th, 11th, and 12th, Wynona and the Big Noise April 14th, or ABBA, Yo-Yo MA, Bill Engvall, and Yanni on various other dates in April.

At least 15 acts appear at the Van Wezel venue every month, with a constant flow of steady entertainment in many genres. It’s the perfect artistic venue to check out during a vacation getaway to Sarasota.

Ragtime at the Asolo Repertory Theatre

Ragtime is a timely theatrical presentation of immigrant culture – and one that leaves a staggering impact.

The play covers a number of historical 20th-century figures across a wide spectrum of classes and backgrounds as they debate the importance of wealth and cultural eternity.

They include Harry Houdini, Henry Ford, J.P. Morgan, Admiral Peary, and Booker T. Washington, among others.

The show runs from May 4th to May 27th. You can purchase tickets here. The theatre is located at 5555 North Tamiami Trail, Sarasota, Florida 34243. You can contact the box office for specific show times and tickets at 941.351.8000.

Want to be the 1st to know when new homes hit the market?

Honor Killing follows the trials of Allisyn Davis, as she reports on Pakistan for a high-profile series with The New York Times.

Her story revolves around the murder of a young woman, touted as an honor killing. Her worldview is cracked wide open, as she learns the intricate socio-political environment in the country and finds moral ambiguities on all sides of the ensuing chaos.

The show runs from April 4th to May 25th. It is performing in the Gompertz Theatre, as part of the Florida Studio Theatre. The Gompertz Theatre is located in The Hegner Theatre Wing on the corner of Cocoanut and First Street.

For further details, contact the event coordinator, Matt Quick, at 941-366-9017. The full schedule is listed here.

Opera and ballet are both well-represented in Sarasota with two defining production halls. The Sarasota Opera is an impressive hall of delicate beauty. The Winter Opera season is March, and although the month is almost over, you may yet still be able to make it to one of the 4 main shows: Manon Lescaut, Carmen, Norma, and Tiefland.

One of the seasonal highlights is Tiefland, with the final performance this Sunday, March 25th. Marta is a mistress to a powerful merchant, Sebastiano. To distract her and keep her tied to the grounds, Sebastiano forces Marta to marry a simpleton named Pedro.

Unbeknownst to the schemes of the merchant, Pedro falls in love with Marta and the conflicts compound as the three fight for their own sense of love- and control.

It’s a powerful example of verismo opera from Germany and Austria, focused on rich melodrama and the spectacle of opera. Ticket prices range from $25 to $160.

If you miss the shows in March, the Fall Opera season begins in October with a showing of The Barber of Seville. Start planning now!

The Sarasota Opera House is located at 61 N. Pineapple Avenue, Sarasota. The box office is open from 10 a.m. to 5 p.m.

Want to be the 1st to know when new homes hit the market?

The Sarasota Ballet elegantly displays incredible acts in traditional and modern ballet shows at an international level, earning staggering recognition under the leadership of Iain Webb.

The 27th season is debuting with the jaw-dropping spectacle of the Great Masters of Dance. This Tudor, Balanchine & Ashton production is performed with live music. It’s a series of three dances, April 27th and April 28th.

The Sarasota Ballet and its main Sarasota performance space, the FSU Center for Performing Arts, is located at 5401 Bay Shore Rd, Sarasota, FL 34243.

The box office is located at 5555 North Tamiami Trail, Sarasota, FL 34243 at the Asolo Repertory Theatre.
Sarasota’s impressive catalog of shows displays its utmost appreciation for the arts. You can find a rock concert on one night and a ballet the next. It’s the perfect place to live if you want to immerse yourself in the performing arts in a myriad of styles.

I can be reached at (941)-266-0529 or by emailing stacyhanan@michaelsaunders.com if you have any questions about Sarasota entertainment and attractions, relocating to Sarasota, upgrading your home, or anything else related to real estate here.

How can I help you?