Life in Sarasota over a hundred years ago was so very different then life today. No roads, towns, homes, and bridges.  The history of our city provides an interesting glimpse into the past with details sure to surprise many residents.

The history of Sarasota is intricately intertwined with the natural environment and man’s efforts to shape the land to fit the needs of a growing community. Investors soon began coming into the area, and Sarasota was beginning to take shape. The first real estate sales were made in Scotland and England in the late summer and fall of 1885.

Here are some fun facts that you probably didn’t know about Sarasota: 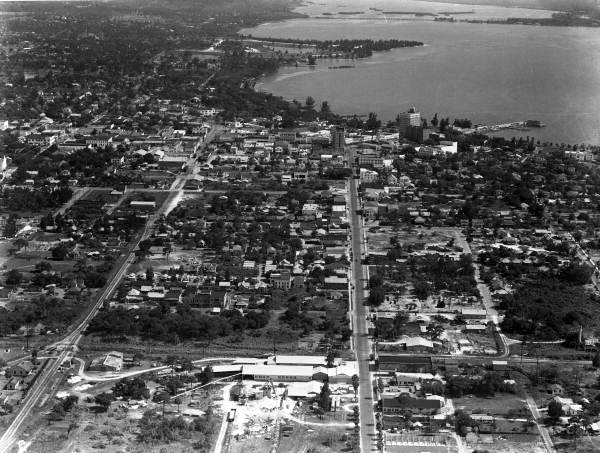 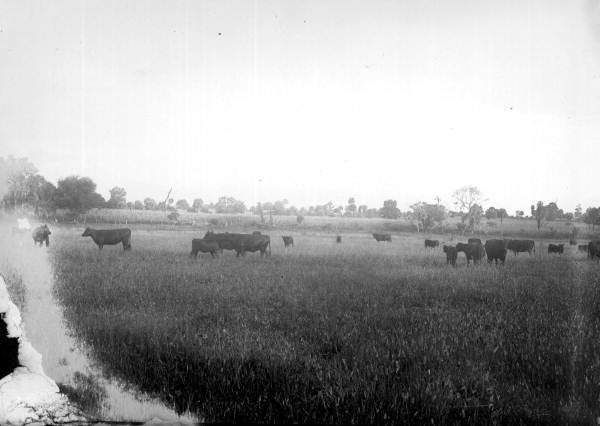 2. The Scotsman J.H. Gillespie, who became known as “Father of Sarasota,” arrived in the spring of 1886, became the first real estate developer of the city. Gillespie’s influence remains today and on display at the modern core of downtown Sarasota. This area is known as ‘Five Points’, where he constructed Sarasota’s first bank, it’s first hotel  which he named the DeSoto Hotel. Gillespie’s greatest legacy was his introduction of the sport of golf to Florida. In 1905, Gillespie built the first golf course right here, in our own backyard. The original 9-hole practice course was constructed on what is now named Links Avenue in downtown.

3. Oddly enough, on January 9, 1886, a snowstorm struck Sarasota causing widespread damage. This prompted most of the original settlers to abandon the area. Those settlers who stayed became the true forefathers of Southwest Florida.

4. Development flourished and so did “modern technology”. The first out of town phone call was made in Sarasota County in 1899. The Gulf Coast Telephone Company used pine trees for telephone poles. 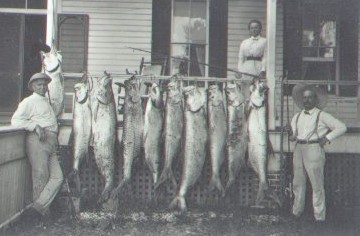 5. In the 1880s and early 1890s, Sarasota primarily operated as a small fishing village. Travel was limited, it was done by boat or horseback. In 1915, a highway was proposed and it was to be named ” Tamiami Trail” – named for its depot cities Tampa and Miami. The highway opened to traffic on April 25, 1928. 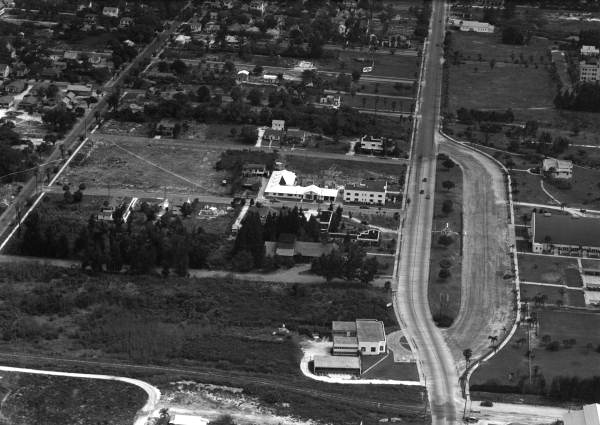 6. The Indian Beach/Sapphire Shores neighborhood features some of Sarasota’s most beautiful historic homes. Ralph Caples who visited Sarasota in 1911, bought land from C.N. Thompson. Ralph then sold his home/land at Shell beach to John Ringling in 1912. Together, John and Charles planned an upscale development on part of the property which would become Indian Beach/Sapphire Shores neighborhood. Today the C.N. Thompson home at Shell beach – better known today as The Dr. George Day House – stands in the Sapphire Shores Subdivision in the northern section of the City of Sarasota. The Mediterranean-style house was constructed in 1926 and remains one of two side-by-side mirror image houses. 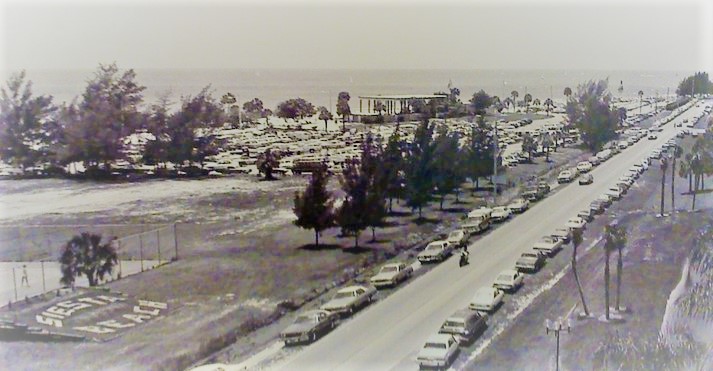 7. Siesta Key Beach opened for the first time to the public on July 24, 1913. It remains very popular with residence and visitors, and is the #1 beach in the country. 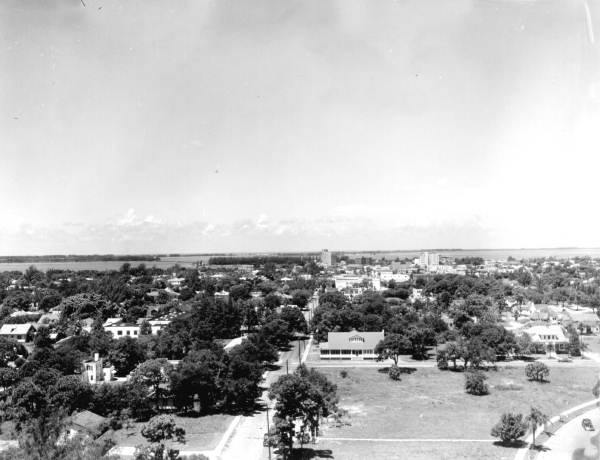 8. Rudy Bundy, a great musician, brought his band to Sarasota in 1940 and quickly became the musical soundtrack of the 1940s. Bundy and his band performed their show for years in the glamorous M’ Toto Room at the John Ringling Hotel. 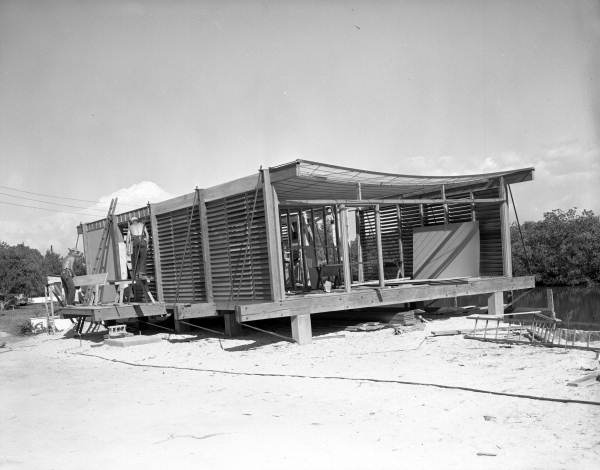 9. Our city boasts its own amazing, unique type of period architecture known as Sarasota Modern thanks, in part, to Paul Rudolph. The famous Cocoon House on Siesta Key, was built by Paul Rudolph in 1948, and as a result created a great influence of the most iconic designs of the mid-20th century. Today the Cocoon House is a testament to innovative design that still inspires students, residence and visitors today. 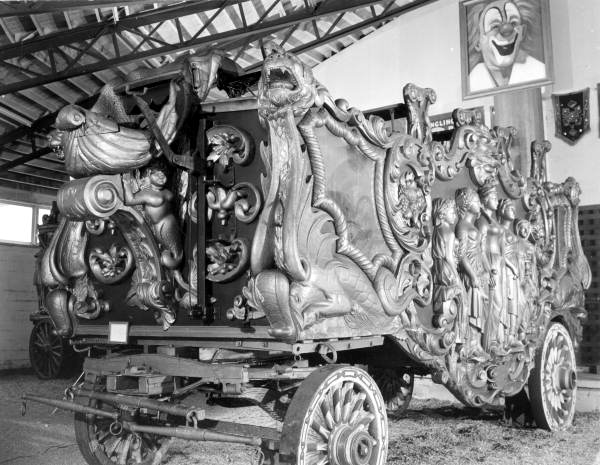 10. The circus winter headquarters was the largest attraction in the state in 1930 and 1940. The presence of various circuses such as the Bailey Circuses, Barnum and Ringling Brothers, used the winter quarters located on North Beneva Road in Sarasota. This location served as a backdrop for the Academy Award-winning movie “The Greatest Show on Earth”.

11. The circus wasn’t the only entertainment to be had in Sarasota. In fact Lido had a casino that was built in 1940, by Ralph Twitchell. It had a ballroom, restaurants, shops, a pool with a high dive and cabanas, sadly it was demolished in 1969. 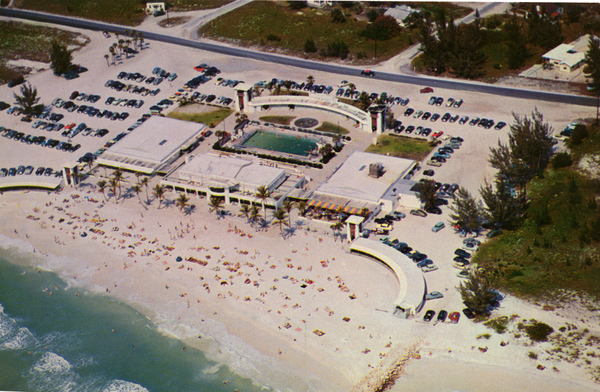 12. Today downtown Main Street still serves as a great place for shopping and dining. The Sarasota Hotel at the intersection of Main Street and Palm, once provided a drinking fountain for horses and local livestock.

13. The Waffle Stop near downtown Sarasota became a destination after Elvis Presley ate there – his order was eggs, bacon, toast, and pan-friend potatoes. On February 21, 1956, Elvis played multiple performances at the Edwards Theater for .76 cents. The Edwards Theater, now known as the Sarasota Opera House, still stands at 61 N Pineapple Avenue.

14. In 1928, the first WJBB live radio broadcast emanated from the Sarasota Terrace Hotel. People heard the broadcast from far and wide and started sending letters from Saskatchewan and Hawaii.

15. Sunshine Springs and Garden, east of I-75, near Proctor once offered swan boats, water-skiing elephants, and a nice beach. Oak Park Elementary School and the surrounded housing communities now populate that spot. 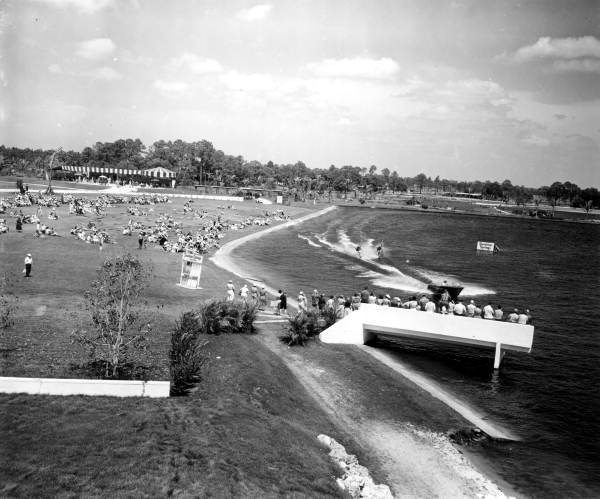 Sarasota County evolved and changed over the years in many ways while select landmarks help us revisit the past.

The diversity and rich history of Sarasota and Manatee County makes it one of the best places to buy or sell real estate. Whether you’re interested in the downtown Sarasota real estate market, a home in the keys, or one of the family-friendly neighborhoods right outside downtown, I can help you find the perfect property.

How can I help you?